How important is currency hedging? 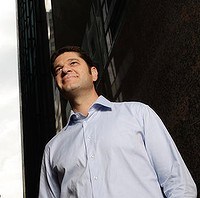 It is critical - exactly how it affects a business does depend on whether you're an importer or an exporter. In the global financial crisis, when the Aussie dollar lost about 40 per cent within five months, importers would have seen their cost for supplies rise 40 per cent just based on the currency drop alone. Someone who was hedged during that period could have saved themselves paying that extra money. It's a way to manage risk and lock in profit margins.

How does it work?

The simplest way to hedge is through the use of a back-to-back forward exchange contract, which is covering you for just the amount you need. As an invoice comes in from your supplier, rather than fold that away for payment in 30 or 60 days' time, you're backing that invoice in the marketplace with forward cover. For example, if I know today I'm going to pay $US20,000 to my supplier in China in three months, rather than speculate that the rate could be better by then, you buy a forward contract for that amount so there are no ugly surprises.

Other products such as options cover your risks. Options allow businesses to participate in the upside while securing against the downside. An importer can say I can't afford an exchange rate of less than parity, so I can buy an option today that guarantees me a rate of parity in three months. However, with an option I have a right not to exercise that if the rate is favourable at the time.

Where do I get advice?

Talk to the relationship manager at your bank. They might not be an expert on foreign exchange but they should be able to point you to the right person within the bank. Banks usually offer hedging services only to large companies so shop around if your bank can't offer you the product you are after.

How much forward should I hedge myself?

Most people don't do more than 12 months out. Probably the most popular window is around three months, but it does depend on the timing of your exposures. If you have shorter time frames with your suppliers, it would make sense to match that timeline to your hedging.

Back to media centre

International money transfers at better rates than the banks.

You will need to change you browser's compatibility mode as per the following link.

NOTICE TO CUSTOMERS (pursuant to s30 of the MCRBA): OFX is licensed under the Money-changing and Remittance Businesses Act (Cap. 187) to carry out remittance business. Please note that such licensing does NOT guarantee the performance of the remittance licensee and customers take the risk of any loss suffered from the remittance.